The way the gaming industry is changing, it becomes very crucial to select the right game development engine.

Because of its incredible features and ease of production, Unity is one of the most popular and favoured game engines. Furthermore, it is compatible with a variety of devices.

That is why Unity 3D game development is a good option for SaaS application development. The benefits of Unity are numerous and will make you fall in love with this excellent game engine.

Let us know about Unity 3D game development briefly before we praise it and explore its features.

You might be surprised to learn that Unity is one of the most advanced and smooth gaming engines available. In addition to development, it provides testing in parallel with development. It also allows you to develop your project in both 2D and 3D.

Unity aids in game development by allowing the developer to construct, test, and produce a game that can be played in a variety of environments. It also functions as an application that can assist in the design of the UI by providing a graphical preview option. Another component of Unity is the code editor or IDE, which allows for text editing when creating code. However, you can also use a different editor.

Unity includes everything you need to start from scratch and design a game in 2D, 3D, AR-VR, and animation. There is a lot to learn about the benefits of Unity.

Unity is accessible in free and premium versions, each with its own features. Depending on your needs, you can select a free or paid edition. Furthermore, the Pro-Version is accessible with many focal points that aid in the development of games with high-end features. Unity 3D game creation provides cost-effective solutions for your game production needs.

When compared to other technologies, Unity is easier to use. On the other hand, other complicated technologies become more difficult for beginners, while Unity is suitable for both skilled and inexperienced users. It is simple to use and does not require supervision. After you’ve mastered the platform’s functions, you may let your imagination run wild with innovative ideas and gameplay.

Unity’s Asset Store is equipped with great 3D models for animations, shaders, and textures. These components enrich and improve the experience. Because Unity 3D is a master at everything, you can buy sound features and gameplay assets.

Unity’s handiest aspect is that several training videos and tutorials are available online for all learners. Simple games can be created with little training, while more complicated games can be developed with more instruction and expertise.

Scripting for Unity 3D game development can be done using the easiest programming languages, C# or JavaScript. In addition, there is an annual event called “Unite for Unity” for game enthusiasts, where they debate new and developing technologies in the gaming business.

Although Unity is best recognized as a 3D game production engine, the platform is also incredibly effective in generating entertaining 2D games for mobiles, PCs, and gaming consoles. Unity 4.3 has an implicit 2D motor that assists game creators in creating successful and efficient 2D games. The developer can easily incorporate a 2D world’s physical science and create mind-blowing games with eye-catching features.

The Unity engine is used to create some of the most popular multiplayer games. The platform includes numerous features that enable developers to create high-quality games for online gamers.

Unity’s development team is always available to help. Over 2.5 million developers presently utilize Unity programming, and the number of users is continually increasing. It is simple to share the client’s approval or disapproval with the development team, which can help resolve issues quickly.

In conclusion, unity 3D game development is beneficial to both users and producers. Because of this, a significant proportion of SaaS application development chooses the GaaS approach. As a result of the benefits of Unity, we may infer that it is one of the most effective and efficient systems for game development. 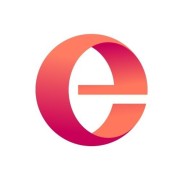 Buyer's Guide To Choosing The Most Appropriate Tiles For Your Home