From using AI to solve mysteries in Bangalore to developing and implementing self-supervised learning (SSL) in an e-commerce platform based in Seattle, we have seen many advancements in Artificial Intelligence.

This article will provide a detailed look at some of the essential features and developments that AI will bring to the table. So, let’s begin!

The Top Trends in AI

Enhance Language Modeling capabilities Language modeling is, in simple terms, the systematic understanding and generation of natural languages by machines. It is used in many valuable and modern applications, including speech recognition, machine translation, handwriting detection, and many other activities.

Open AI was founded with the sole purpose of creating AI that benefits humanity. GPT-3, the model’s name, has some fantastic features. GPT-3 is capable of reaching great heights if properly primed by humans, according to the company. From creating creative fiction to designing introspective memos and computer codes for your business to many other tasks. Open AI is working on GPT-4, its latest release.

Its contemporaries are working on their language models.

It is now possible to complete complex tasks such as machine translation, classification, answering questions, and other features in a matter of minutes.

Although success with image- or video-based SSL capabilities seems far away, it is still possible to dream about it. These data are not discrete, which is why the challenges.
SSL has made significant progress over the last year. One might say that image modeling with SSL is still a dream, but it is not too far off.

Reportlinker.com reported that conversational AI will grow from $6.8 billion in 2021 to $18.4 trillion by 2026. It is due to the global rise in demand for AI-enabled customer service, seamless interaction with customers, and the desire for chatbots since the pandemic.

Conversational AI demand is expected to rise in leaps and bounds.

One can therefore expect much more to come soon.
Security & Surveillance Advancements. AI technology has already been developed to use advanced features such as voice recognition, face recognition, and video analysis. They are one of the most effective ways to ensure surveillance. AI will be a powerful tool for video surveillance.

Voice recognition is another area where AI holds great promise. AI-based systems can now identify an individual’s gender, age, and emotional state through their practical use.

It uses the same technology as your Alexa and virtual Google Assistant.

Another helpful method of surveillance that AI systems can provide is biometric face recognition. Malicious software may attempt to hack into systems by creating fake photos. AI employs multiple anti-spoofing techniques to protect the system against unwanted foreign intrusions.

Developments in Computer Vision Technology Computer vision technology, also known as intuitive AI, is a field that allows computers to comprehend and understand images and videos.

Computer vision technology is a hugely helpful tool in today’s modern world. Autonomous vehicles detect obstructions to healthcare facilities and analyze medical scans such as X-rays.
Computer vision is the main feature that companies and organizations rely on when investing in AI systems. The latest survey shows that these companies will likely invest approximately $679,000 in AI over the next two years.

Recent Developments in Biology and Other SciencesAI-based systems also have enabled unprecedented advances in biology that left scientists puzzled.

Google and the University of Exeter developed a short-term forecasting system called “Nowcasting” the previous year. This system can provide weather forecasts in less than two hours. This is a stark contrast to earlier systems which took at least six hours or even two weeks to complete the same task.

Artificial intelligence systems (AI) promise great scientific discoveries over the next few years, which will be a massive boon for the human race.

AI is a promising field, particularly with its wide usage in different industries and companies. The sky is the limit regarding automatic sensors for cars and robots, as well as the analysis of reports and medical scans. 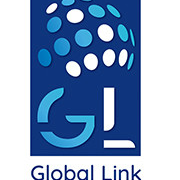 Critical Tips As You Work Through Product Development

What are the Necessary Pre-Requisites of Data Science?